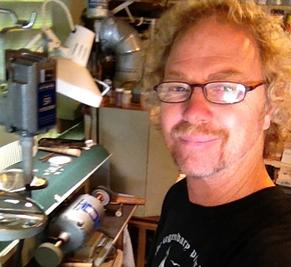 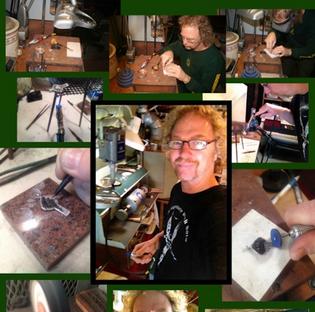 I graduated from High School near Bellingham Washington in 1977 with a strong emphasis on the arts, english and Math. The next 4 years were far from institutions of higher learning working on the high seas as a commercial fisherman in Alaska. It was there that I became familiar with a unique form of ivory that endangered no living creatures, that of the Wooly Mammoth and Mastodon. This began in the late 70's and I gradually became a part time creator of jewelry crafting "scrimshaw" as a working hobby (etchings/engraving scenes on polished ivory). More on this later....

Returning to education at Western Washington University for a year, with emphasis on sustainable architecture, mechanical drawing, fine woodworking (musical instrument construction) among other interests. Oddly, I shunned the art instruction in higher education, preferring experiential artistry in the "real world".

1981 was the year that found me leaving my home in the Northwest, and heading to Lincoln Nebraska, to team up with a wonderful artist friend, Jay Tschetter. We embarked on a fruitful collaboration based on the creation of fine art jewelry and art pieces based on the combination of exotic woods and fossilized ivories which we named "Ebony & Ivory" The culmination of this artistic union resulted 2 years of national tours from the Midwest to Florida and Nantucket Island.

After a particularly successful Summer on the South Wharf of Nantucket harbor in 1984, I peered across the Atlantic, straining for a glimpse of Ireland, a mystical place in my imagination as the homeland of my unknown ancestors. I could not quite glimpse the misty green shores of that unknown place, and decided (over a pint) to go check it out for myself.

I went to the Boston airport with a new backpack, tent, and boots, and enough money and gumption to wait in line for a standby ticket to England. Well, it all worked out as things sometimes do when they are supposed to, and I found that once distant mystical Isle via plane, train and ferry. The inspirations and events of that trip are too numerous to mention, but suffice it to say it was a voyage of the life changing variety. The people, music, community, history, sacred sites, and culture of Ireland touched me deeply, and became a vital part of who I am today. Following a recommended trip to see the "Book of Kells", (an Irish illuminated manuscript circa 600-900 AD) at the Trinity College in Dublin, my fate was sealed as an artist who had discovered a new path to explore converging art, history, and personal expression.I moved to Boulder Colorado from 1986 thru 1997, which was a nurturing home for the growth and development of my family and artistic inspiration in this strong artisan community. I spent several years honing my abilities as a jeweler through various collaborations, lessons, all with a focus on creating my concepts through metal smithing in sterling silver and gold. I discovered the art of Lost Wax carving and casting, as well as an engraving methods for metal that utilized a lot of the engraving techniques that I had developed as a scrimshaw artist. The success and enjoyment I received in Boulder while creating Celtic and native indigenous cultural symbols of connection inspired me to focus on my most heartfelt original designs, and "Sean's Celtic Creations" was born. In search of a larger festival audience, and longer show season, we moved to California in 1997.

Yes, the booth you see me in nationally today is the result of many tales, and I could not be more pleased that the Universe (through all of you) has allowed me the joy of creating art and ideas based on the mystical paths and inspiration of the Celtic tribal people and beyond. The images and symbols still seem endless to me in their power of connection to life's intricacies, beauty and universal truths. If people are inspired to wear the designs I create as talismans of expression of their own path, then I have done the job I set out to do. Sharing the wisdom and power of ancient Celtic & indigenous cultures in the modern age during unprecedented change is part of a journey that I believe we all are on. Enjoy this quest for symbolic connection, wherever it may lead, and thank you for allowing me to be a part of this expression through your support and interest in my work. Thank you, and all the best everyone.Peace,Sean

"Hey Everyone! I hope you are all as well as can be in these times"

Text (Only if necessary) 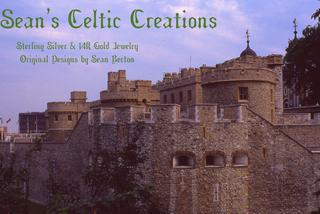